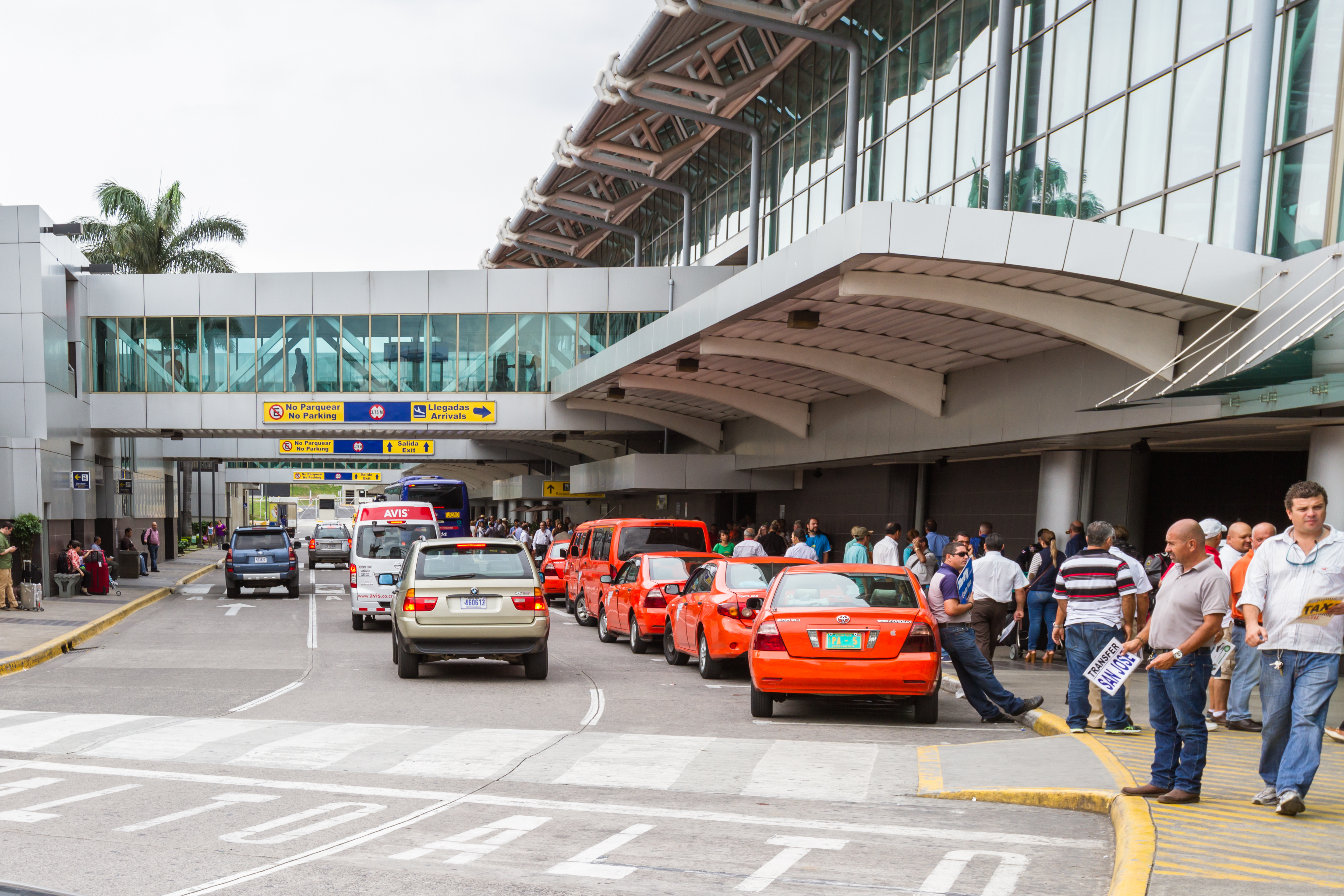 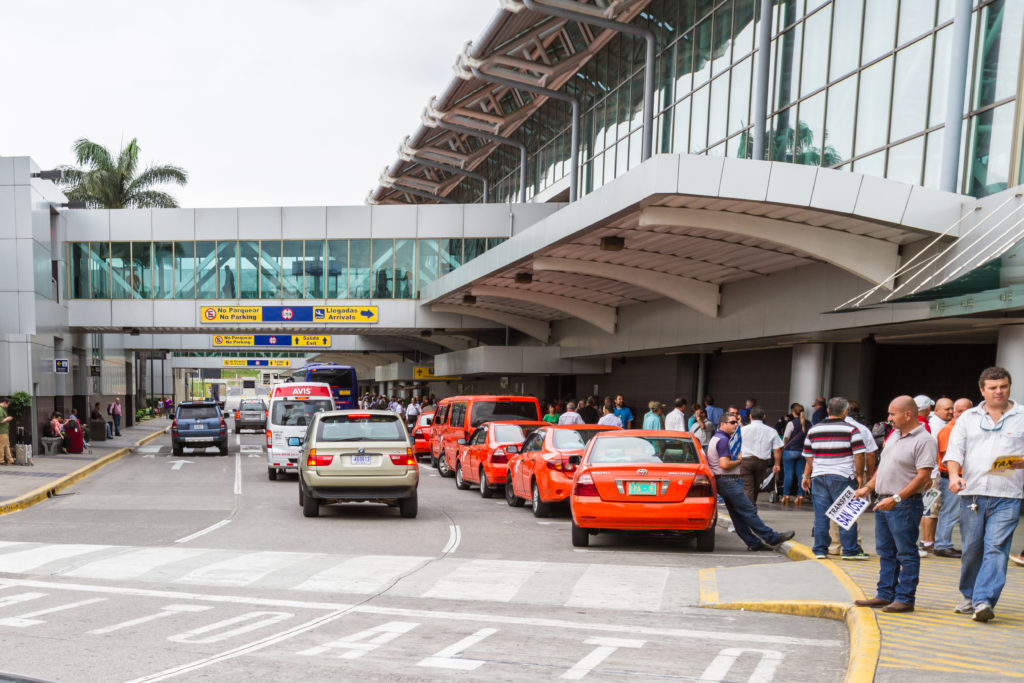 GETTING AROUND COSTA RICA

GETTING TO COSTA RICA

What airport is better for my trip to Costa Rica?

Costa Rica’s northern international airport accesses the province of Guanacaste.  The airport is within a 15-minute ride from the capital of Guanacaste, the city of Liberia. This airport is called Daniel Oduber, known as the Liberia Airport (LIR). This airport is much smaller than the Juan Santamaria airport.  Even so, there are the expected services such as souvenir shops, restaurants, and air conditioning. The Liberia airport is widely used by tourists who come specifically to the province of Guanacaste, famous for the beauty of its beaches, its dry tropical forests, its volcanoes, and national parks.

Flying on a commuter flight can be the quickest way to get around Costa Rica.  For example, a 4-5-hour ride from SJO to the surfing beach town, Tamarindo, is a 45-minute flight, if flying direct from SJO to the Tamarindo airstrip.  For travelers on shorter trips and without heavy luggage (you are allowed a 20-pound bag), catching a commuter flight can quickly get you to a destination.  Most of the local airlines connect to airstrips throughout the country from both SJO and LIR.  Choosing to use the commuter flights will cost more,  but you save a significant amount of time.  The flights are small 12 passenger flights, and with incredible views also comes a bumpy ride!

Can you get everywhere in Costa Rica by bus?

Public transportation does get you to most major areas.  From San Jose, there are bus routes to nearly every major tourist destination.  The tickets are cheap, and it will be the best immersion into the local lifestyle of Costa Rica.  Taking the bus will triple the time you need to get from point A to point B if you are going a long distance.  As well, you will want to stay alert while traveling by bus.  You won’t want to miss the scenery, and you will want to keep an eye on your personal belongings.  Try to reserve your ticket ahead of time – catching a ride on a public bus without a reserved seat might mean you will have to stand most of the journey.

Tourist shuttles are an excellent method to get around Costa Rica for those who don’t want to drive.  This tourist bus will be faster than taking the public bus.  The route is hotel to hotel, rather than the public bus that makes several stops in villages along the way.  If you are traveling as a party of 4 or more, you can even consider a private shuttle as the cost will be roughly the same.  With a private shuttle, you can make reasonable requests to stop for a photo or bathroom.  Your driver becomes your guide.  Most private shuttle drivers do speak English.

Is Renting a car the best way to get around Costa Rica?

Approaching the end of 2020 and heading into the near future, renting a car feels safe for new reasons.  You will limit your exposure to any virus’.  In addition to commanding your transportation and any last-minute change to your travel plans, you gain freedom when renting a car.

Renting a car is safe if you take the time to understand a few things. Costa Rica is infamous for aggressive drivers, potholes, and various unexpected hazards in the road (like a herd of cows or a fallen tree).  Number 1, avoid driving at night.  Getting around Costa Rica in a rental car does not have to feel like a life or death adventure.

Before driving off with a rental car, be sure that you carefully inspect the vehicle and note every dent, scratch, or other damage.  Renting a car will require mandatory insurance and is seldomly included in the quoted total price.  To avoid any hassle upon returning, opt for full coverage.  Roads are not well marked in Costa Rica.  We are so lucky to have GPS, google maps, and WAZE.  Using a GSP, you won’t get lost while driving around Costa Rica. 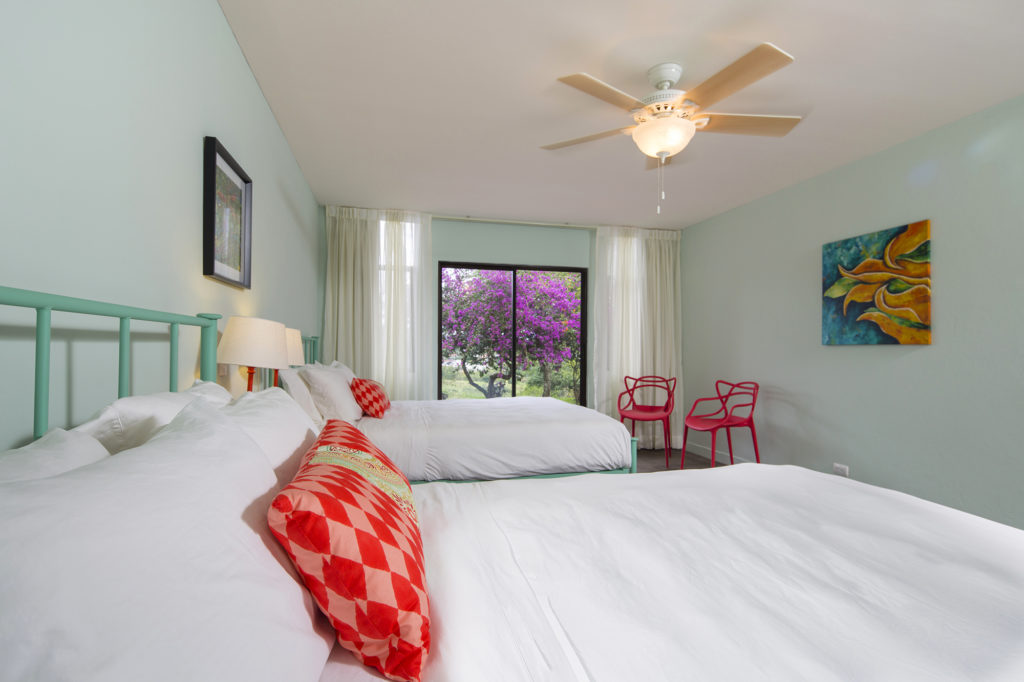 Take a dip in our pool or spend an evening reflecting on the day in front of our backyard fire pit – and wake up to the best coffee and bagels this side of New York.

GETTING TO HOTEL VILLA SAN IGNACIO

SJO is just 7 kilometers from Hotel Villa San Ignacio, located in Tambor 4 kilometers north of Alajuela Center.  Your drive time may be anywhere from 15 to 30 minutes during peak hours. 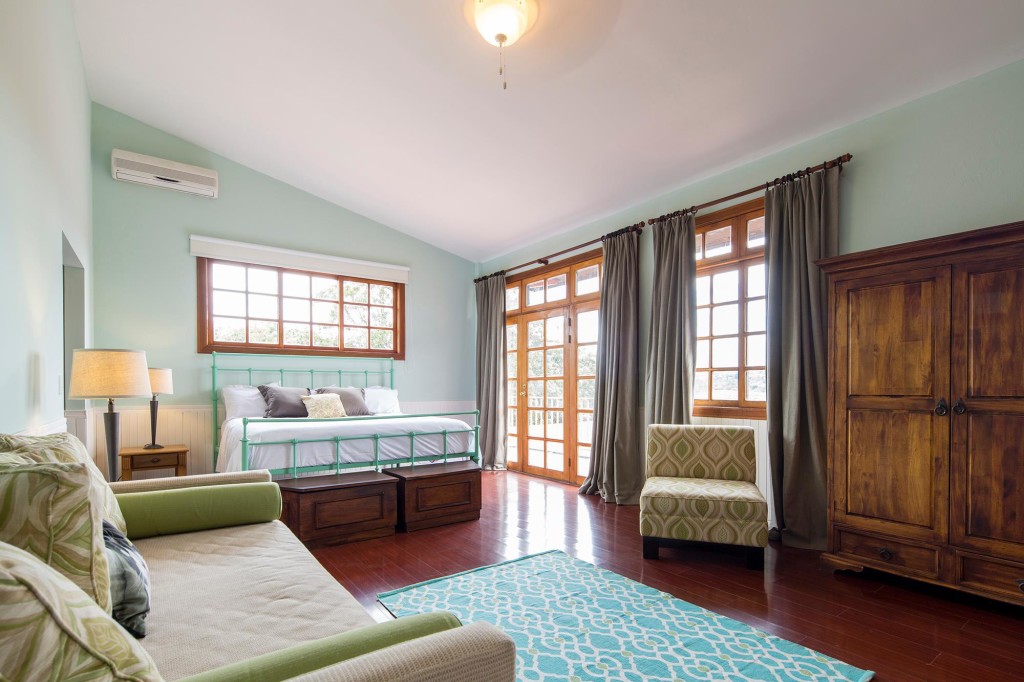 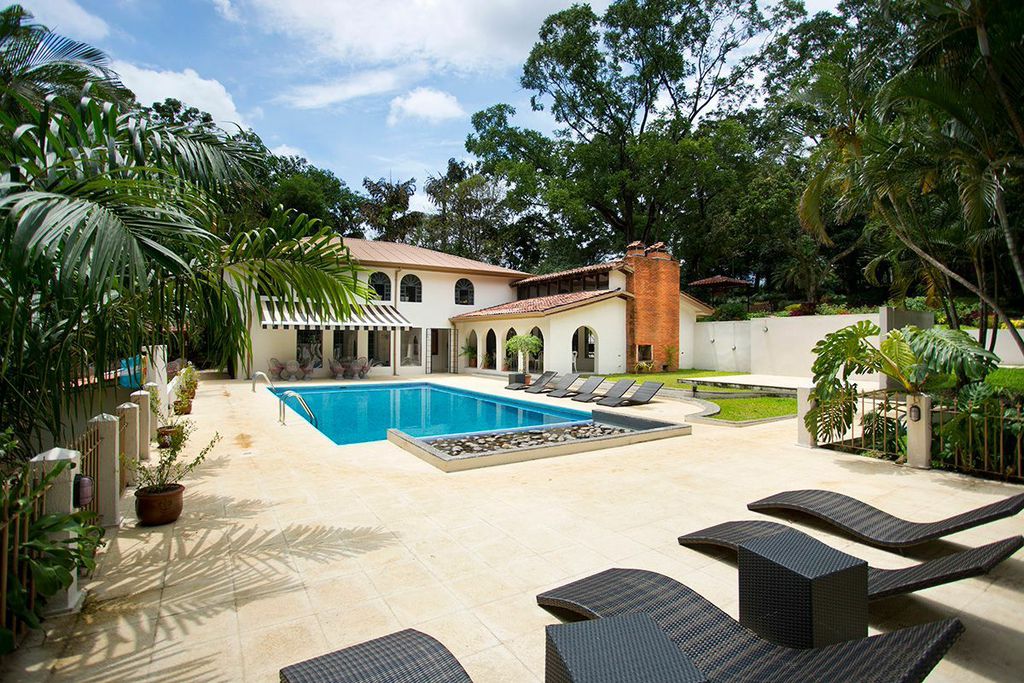 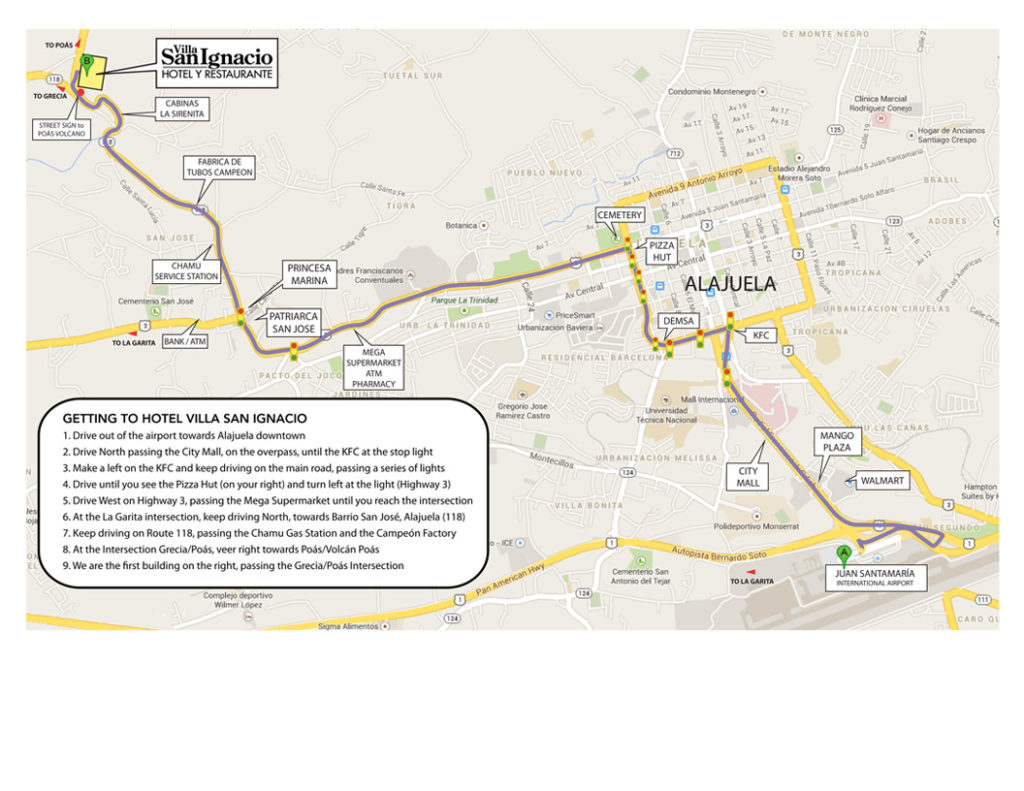 – Drive out of the airport towards Alajuela downtown

– Drive north past the City Mall, on the overpass, until you reach the intersection with KFC on your right.

– Drive until you see the Pizza Hut on your right. Turn left at this intersection

– Continue driving four kilometers.  You will drive through two intersections with traffic lights, past the Chamu gas station on your left. Continue two kilometers. Until you reach the Grecia/Poás Right turn, marked by a small street sign to your right.

– Veer right towards Poás/Volcán Poás.  We are the first building on the right, just after the Grecia/Poás intersection