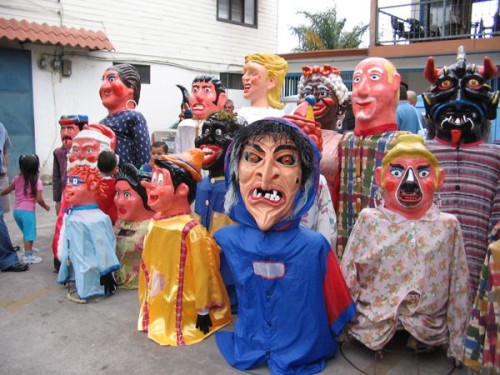 In Costa Rica, as in many countries around the world, October 31 is a day for dress up. But that doesn’t just mean the ghosts and ghouls of Halloween. The traditional holiday that falls at the end of this month is Día de la Mascarada, or Day of the Masquerade.

Día de la Mascarada originated in the colonial period, as a regional adaptation of the Spanish Carnivale, with its costume balls and spirited dancing. By 1996, long after the tourism boom had taken root, this old world tradition had all but slipped away, and the spooky customs of Halloween had become common. That year, in an effort to reclaim the past, the Ministry of Culture established the Día de la Mascarada Tradicional, setting aside October 31 as a day for costume parades, which are held in towns across the country. 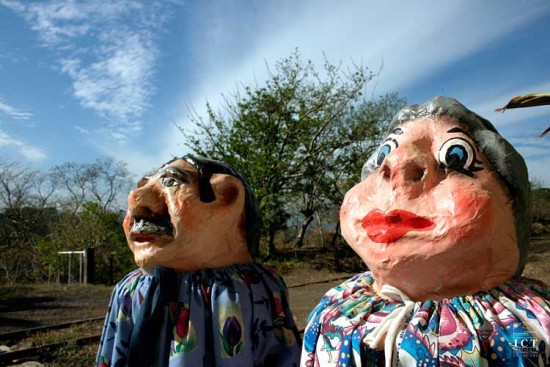 The Masquerade Parade has become an opportunity for local artists to express themselves through the costumes or “masquerades.” Every masquerade has a head and a body. The heads are made from layers of glue and newspaper sheets that are dried in the sun, similar to paper mache piñatas. These piñatas are shaped into enormous helmet-like heads, crafted to represent a variety of characters, such as “la giganta” (the giant women), “el diablillo” (the little devil), and “la calavera” (the skull). Skilled local artisans spend weeks preparing the masquerade costumes. 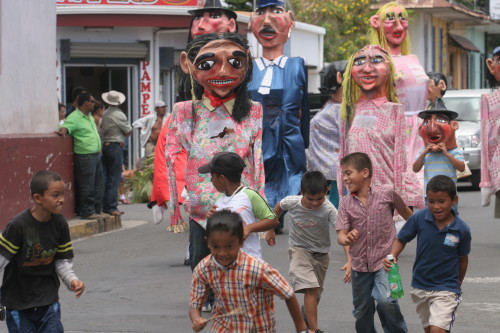 Music is essential to dance, and the parade music is provided by groups of musicians called Cimarronas – from cimarrón, the Spanish word for wild. On the Dia de la Mascarada, outsized characters dance in the streets to the wild music, their huge, wide-eyed heads bobbing with clowns, children, and laughing adults. It’s a day of merrymaking that treats all parade goers to a link with their shared and special past.