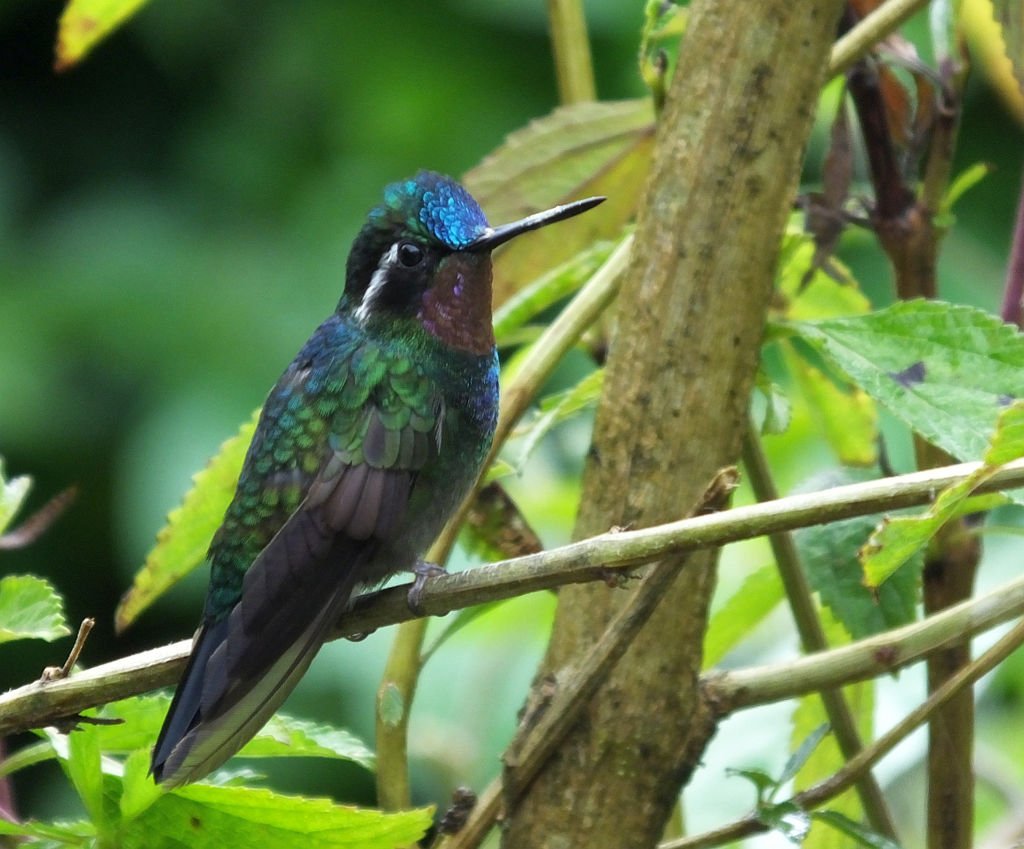 Costa Rica has more than 50 species of hummingbirds. Despite being similar in size to West Virginia, there are many more hummingbirds in Costa Rica than every province and state! Hummingbirds occur everywhere in this beautiful tropical nation but they reach their highest diversity in the lush cloud forests of the mountains. One such highland area, Poás Volcano, is just a short drive uphill from Villa San Ignacio and the “hummingbirding” up that way is fantastic.

Twelve species of hummingbirds are regular in the highland habitats of Poas, a few of which only live in the mountains of Costa Rica and western Panama. One of the reasons so many hummingbirds can be seen in the Poas area is because it encompasses at least two different types of main habitats; subtropical cloud forest, and high elevation rainforest. Although some hummingbird species use both types of habitat, a few only occur in high elevations, and others only in subtropical habitats. If we venture further down the mountain, additional species occur but we can talk about those another time.

One of the best things about hummingbirds on Poas is that they are less than an hour’s drive from Villa San Ignacio. In fact, the Freddo Fresas Garden, one of the first main stops on the easy drive up the mountain is only around 40 minutes or less. This beautiful free garden is on the main road to Poás Volcano just across the street from the Freddo Fresas restaurant. It features natural plantings and some feeders that attract such species as:

All of these species are possible and with luck, the exquisite Magenta-throated Woodstar may also be present.

Head further up the road and we reach higher elevation habitats closer to the park entrance. This stretch of road is good for such species as the mountain-gem and violetear along with:

Less common species that also occur but that can be trickier to find are Scintillant Hummingbird and Green-fronted Lancebill.

The Scintillant is the smallest bird in Costa Rica and can occur at flowering bushes and hedgerows anywhere on the drive up.

The lancebill mostly occurs along mountain streams. It is present but pretty uncommon.

All of these birds can be seen on an easy day trip from Villa San Ignacio by taking the well-maintained main road to Poás. The best places to look for hummingbirds are in the Freddo Fresas garden, along the roadside at higher elevations, and at any number of restaurants with plantings and feeders that attract hummingbirds. Enjoy the trip and see what you can find!