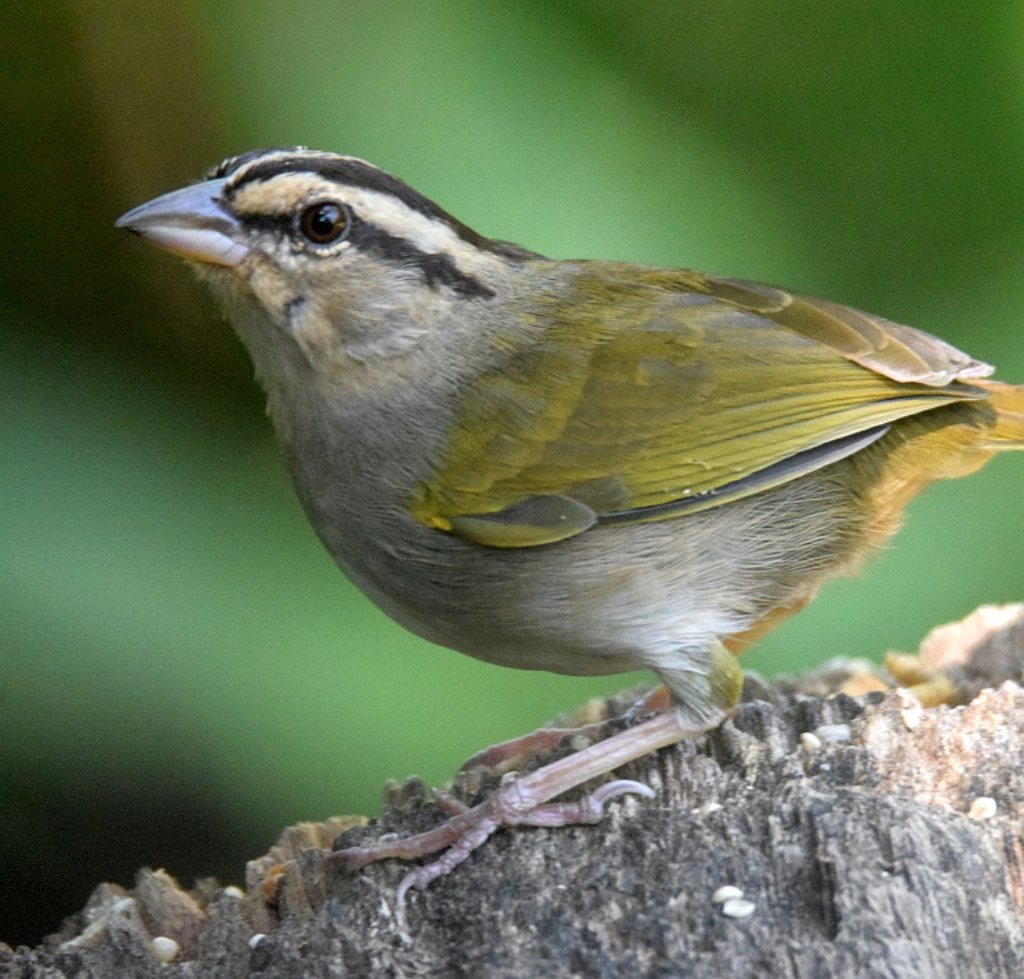 The caroling of Clay-colored Thrushes fills the garden and a fruiting fig is busy with the calls and movements of flycatchers, tanagers, and a pair of small toucans. At the same time, Olive Sparrows, Rufous-capped Warblers and other small birds call and flit in the understory.  With so much bird activity going on, it’s hard to know where to look first!

Whether birding in Costa Rica or California, this is the type of birding day every birder hopes for. Ironically, although non-stop birdwatching can take place at any time of the year, in Costa Rica, we see more of such busy birding days during the wet season.

What? Birding Costa Rica during the rainy season? Oh yes! Although most birders visit during the drier weather of the high season (from December to April), at other, wetter times of the year, birding in Costa Rica can be simply fantastic. These are some of the reasons why wet season birding never fails to impress:

Since many birds in Costa Rica nest at the start of the wet season, at this time of year, they also sing a lot more. There’s nothing like enjoying breakfast in a beautiful tropical garden with an acoustic backdrop of hooting motmots and the songs of Blue-gray Tanagers, Rufous-naped Wrens, and other species. The same goes for birding in rainforest, cloud forest, and other habitats in Costa Rica.

Occasional rain doesn’t mean less bird activity. On the contrary, in Costa Rica, cloudy skies and cloud bursts make for some of the best of birding days. Bright and sunny weather is nice but the birds are much less active under sunny skies. During cloudy weather, birds can be active all day long. When the rain stops, the birding can be fantastic.

From May to September, migrant species from the north might be absent but all of the residents are here including toucans, parrots, tanagers, nearly 50 species of hummingbirds, and much more. Literally hundreds of bird species live in Costa Rica all year long and many are easier to see during the wet season.

Although costs for flights can be unpredictable and vary, it’s usually cheaper to fly to Costa Rica during the wet or low season. Also known as the “green season”, the lower cost for flights is yet another incentive for birders to visit Costa Rica at this time of year.

Fewer people visiting Costa Rica during the wet season of course translates to lots more elbow room for birding. Not that Costa Rica gets too crowded for birding in other months but it’s always nice to have more trails to yourself or for your own birding group.

An additional benefit of birding Costa Rica during the wet season is relaxing with a cold drink while enjoying the soothing sounds of tropical rains during Happy Hour at the Pandora Restaurant. Whether birding in the dry or wet season, that’s always the perfect way to end a wonderful birding day.