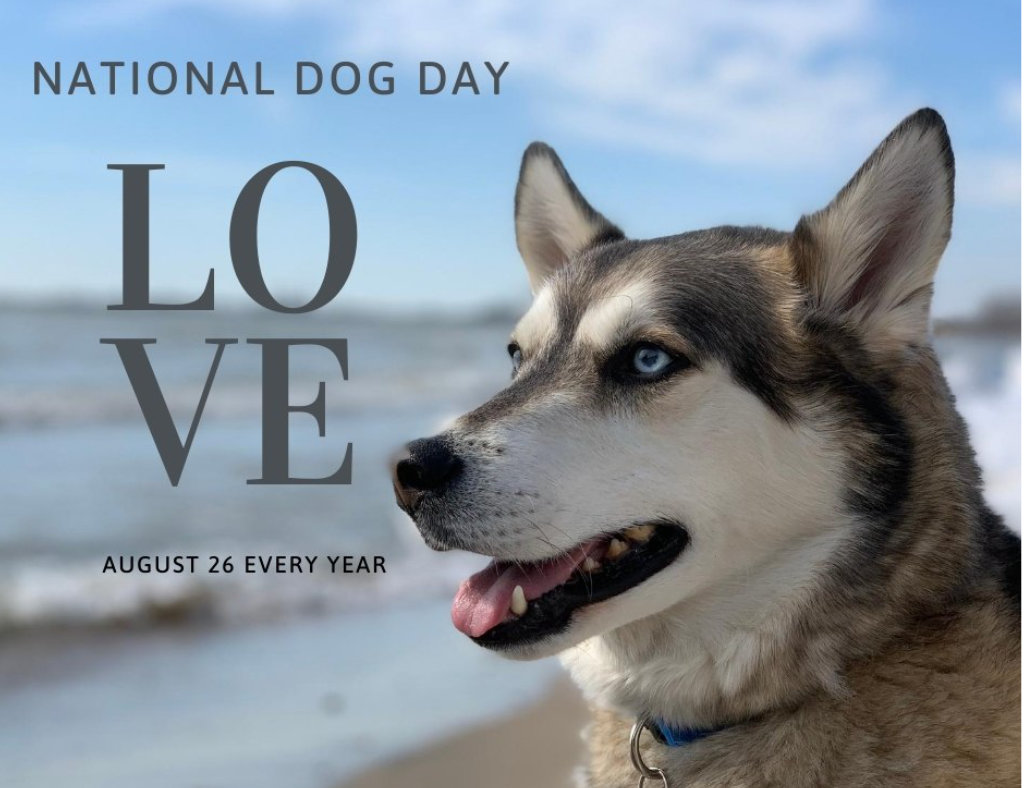 Were dogs the first animals to be domesticated? Or, is it possible that dogs were the first animal to adapt to human beings? Commonly agreed that dogs descended from wolves, those wild dogs rummaged around camps looking for food. After a century of hunting & gathering for camp leftovers, a symbiotic relationship developed with a man and wolf-soon-to-be dog.

Two Hunting Dogs Tied to a Tree Stump, painted by Jacopo Bassano in 1548, was commissioned by the dog owners. As long ago as this may seem, there are cave paintings in Egypt of leashed dogs walking with hunters (13th Century). Hunting dogs, noble lady companion dogs (16th Century) and, even lost dogs made the news. Lord John Murray Dunmore lost his bulldog in 1774 and offered more than one month’s wage upon his return.

By the 20th Century, dogs moved into the house, have doctors dedicated to their needs and, tend to eat large quantities of processed food out of the bag. Our pets take us outside for a walk. They great us with a wagging smile even on the darkest day. Dogs ease our pain and heal us with their presence.

In Alajuela, there is an increase in homeless dogs wandering the streets and are rummaging around for something to eat. A camp in the 16th Century may have had scraps and leftovers that are much healthier to eat than what a street dog may find today’s plastic garbage bags.

August 26 is National Dog Day. Last week Territorio De Zaguates reminded us that August is also the month to rescue a dog. Thinking about a new addition to your family? A dog will adapt to you with no trouble at all.

“Dogs are our link to paradise. They don’t know evil or jealousy or discontent. To sit with a dog on a hillside on a glorious afternoon is to be back in Eden, where doing nothing was not boring – it was peace”. Milan Kundera