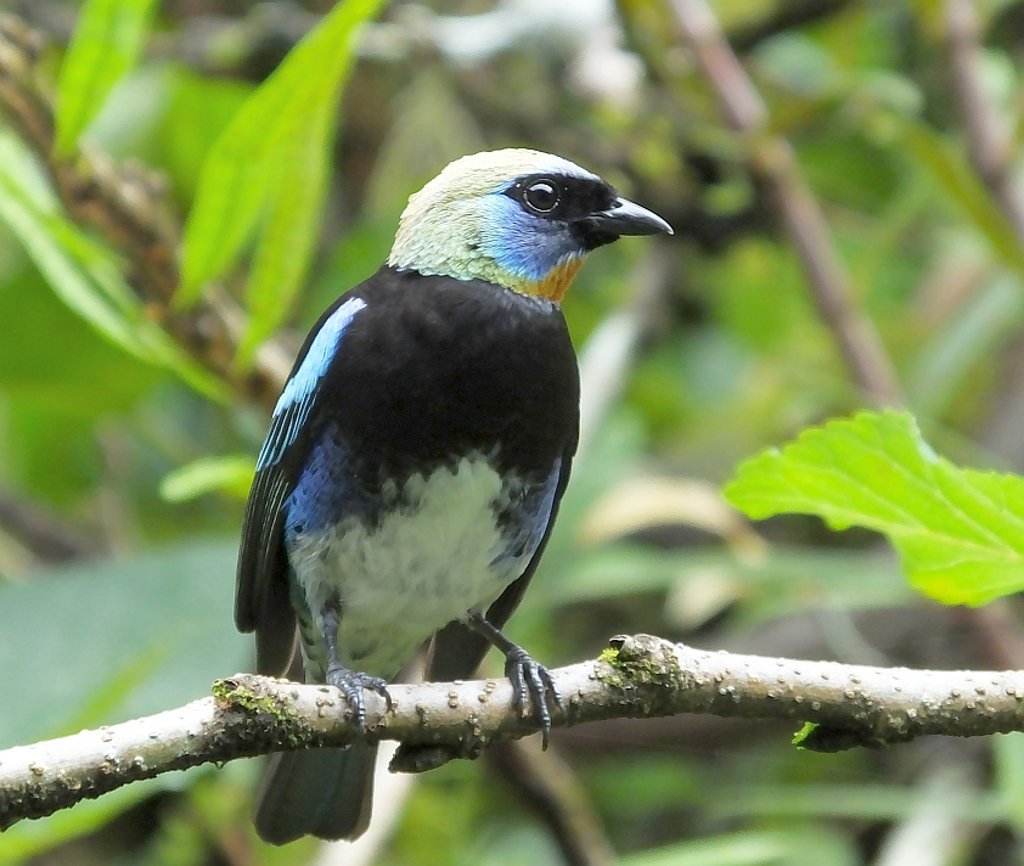 Costa Rica is a fantastic place to experience the tropical side of life. Situated just north of the equator, this beautiful nation never gets cold and in the Central Valley, temperatures are like a constant, idyllic June summer day. That welcome climate isn’t just enjoyed by people. It also works for a vast array of biodiversity, especially birds.

Incredibly, well over 900 species of birds have been seen in Costa Rica. Many look exotic and even better, many are common and easy to see! Some of the more beautiful of those exotic Costa Rica birds are the tanagers. Small and brightly colored, they frequent a wide array of habitats and several can be seen in hotel gardens as they feed in fruiting trees and bushes. These are 10 of the more commonly seen tanagers to watch for when visiting Costa Rica.

The subtle beauty of this common garden bird can be appreciated in most parts of the country including on the beautiful grounds of Villa San Ignacio. This bird is locally known as the “Viuda” (Widow) because its soft gray colors resemble the silver tones of an older woman’s hair.

This fancy bird is a common visitor to gardens in humid, lowland areas. Its colorful name, “Siete Colores” (Seven Colors) is self explanatory.

Another common species of regions with rainforest, expect to see the bright red flashes of this bird when visiting or traveling through various lowland areas. Known as “Sargento” (Sargeant) on account of its striking red and black plumage.

This eye-catching bird frequents second growth, mostly at lower elevations on the Caribbean slope. It often occurs in hotel gardens in areas with rainforest. Also known as “Sargento” for the same reasons as the Scarlet-rumped Tanager.

This living gem is a common species in dry forest and areas with second growth. It also occurs in hotel gardens including Villa San Ignacio. Easy on the eye, its name in Spanish is literally translated from English.

Another stunner, watch for this lovely bird in hotel gardens near rainforest. Its name in Spanish is also a literal English translation.

This cloud forest specialty is common and one of many birds that only live in the mountains of Costa Rica and Panama. Its Spanish name is similar to its scientific name.

Despite its English name, this bird is actually more closely related to the cardinals and grosbeaks. One of the more common wintering species in Costa Rica, both the beautiful red male and the lovely orange-yellow female are often seen at Villa San Ignacio. Its Spanish name means “Summer Tanager” or “Cardinal”.

A common bird of the highland oak forests, watch for this beauty when visiting Poas and other high elevation sites.

Believe it or not, these aren’t even all of the tanager species that live in Costa Rica. Whether starting a birding trip in Costa Rica at Villa San Ignacio or visiting other parts of the country, see how many of these and other birds you can find. With more than 900 species to choose from, there’s plenty to look for!