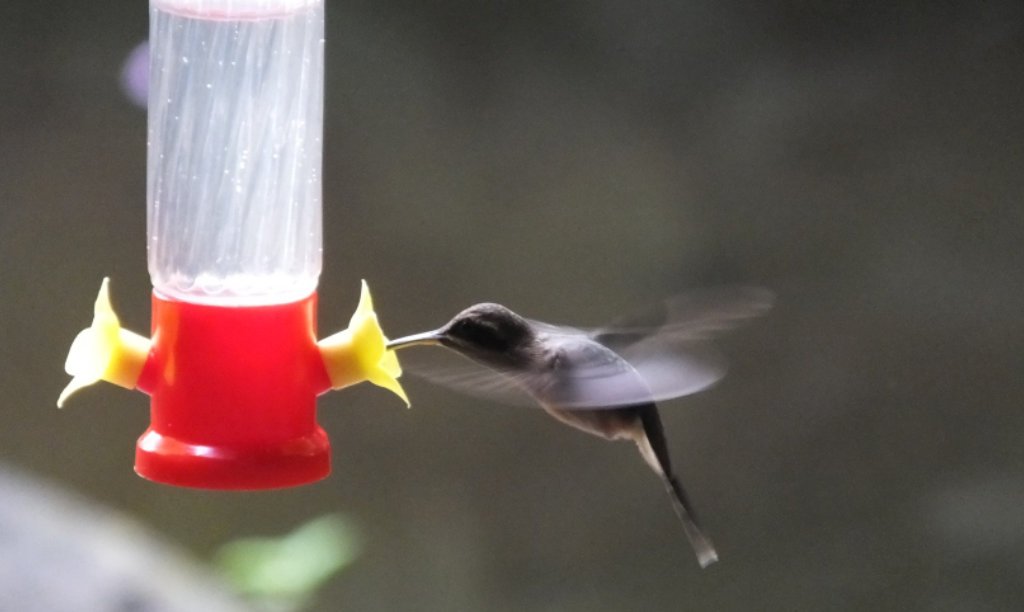 Hummingbirds are surreal. Tiny, fearless, and with naturally iridescent highlights, these birds look more like feathered fairies than their avian relatives. 300 plus species zip between flowers from southern Alaska to Chile, the highest number occurring in the tropical zone. In Costa Rica, more than 50 of these incredible feathered creatures have occurred and several can be found in gardens and other natural habitats of the Central Valley.

This small species is the only brown hummingbird found on the grounds of the hotel. It’s an uncommon bird for this area but can show up at small understory flowers on the wooded sections of the trails. This species typically moves from one flower to the next and can follow a “route” of them inside the forest. It also has the habit of zooming in to check people out for a moment or two. 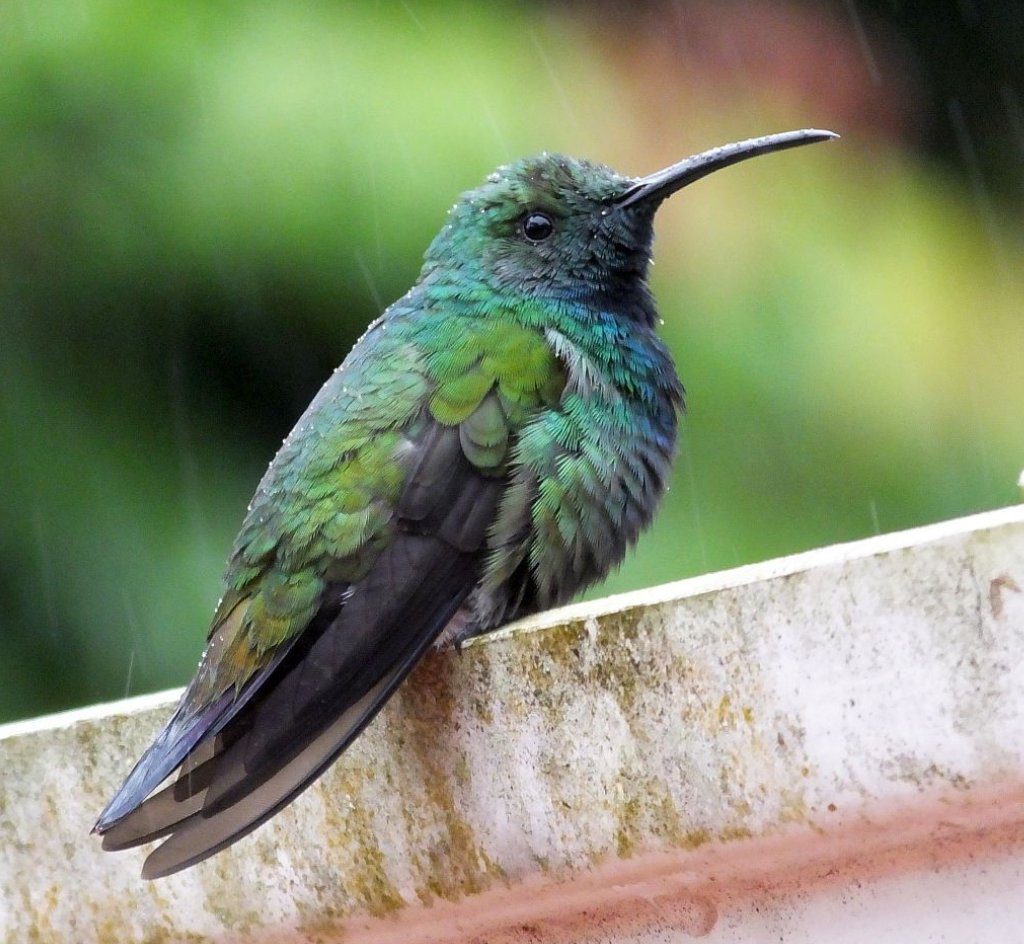 This hefty hummingbird forages on flowers in open areas and can be seen anywhere on the property. The adult males are recognized by their dark green plumage with dark purple tail while females and young birds have a dark vertical line on white underparts. This hummingbird often hovers high in the air to catch small flying insects and loves to forage at flowering trees. 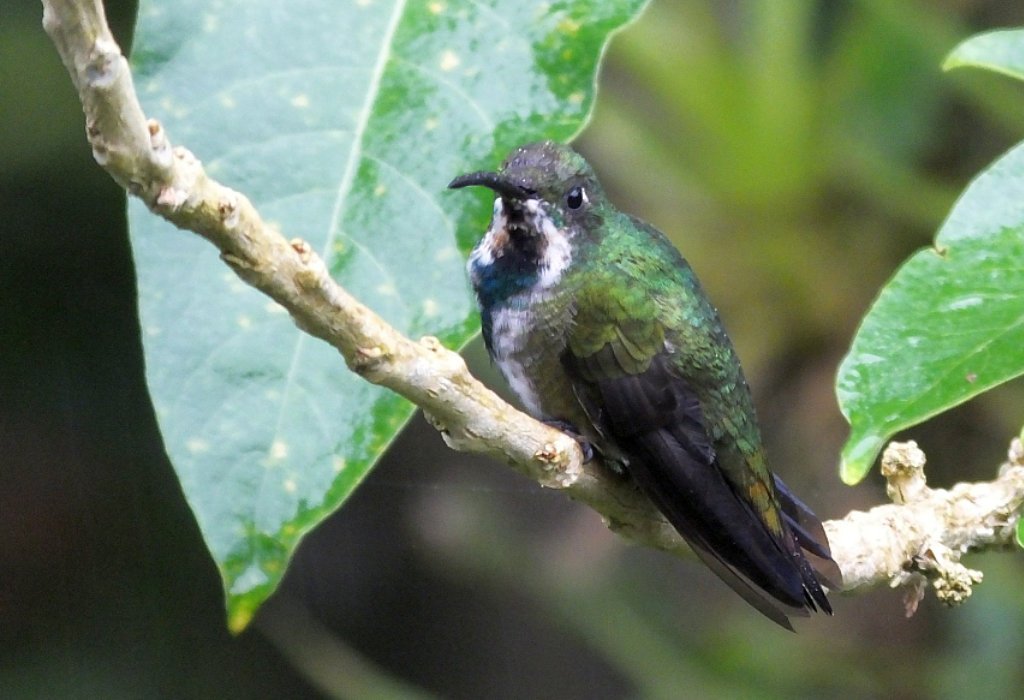 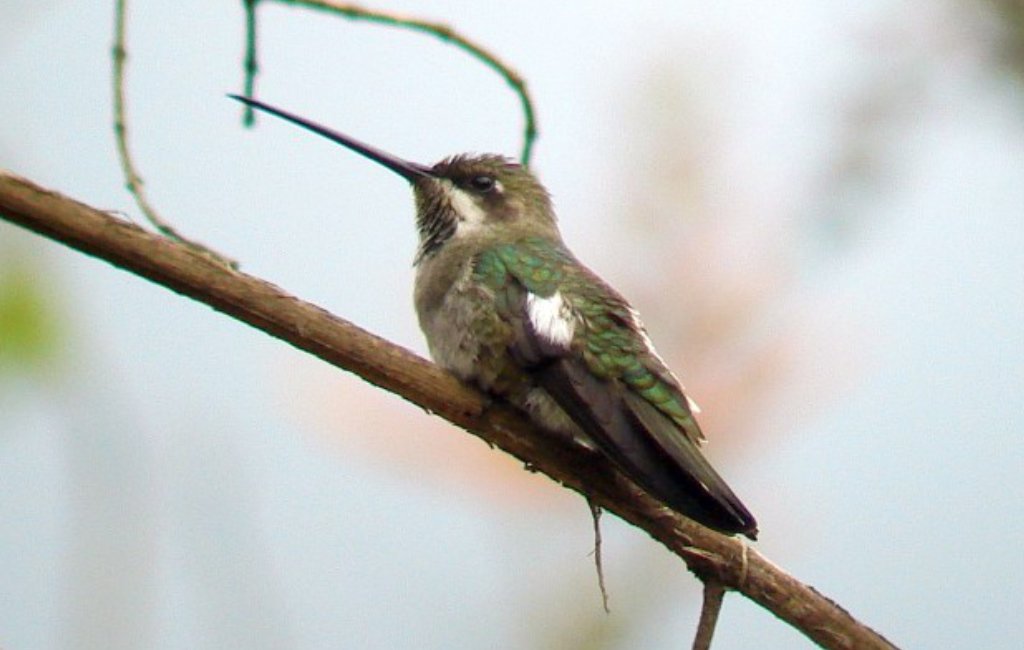 If you see a fair-sized hummingbird with a long, straight bill, rather short tail, and white mark on the back, it’s probably this species. Villa San Ignacio is fortunate to have more than one pair of the Plain-capped Starthroat nesting on the property. Watch for them at red, tubular Erythrina flowers and in flowering trees. Like the mango, they also often hawk for insects in flight. It occurs anywhere on the property but the entrance gate and upper rooms seem to be especially good for it. 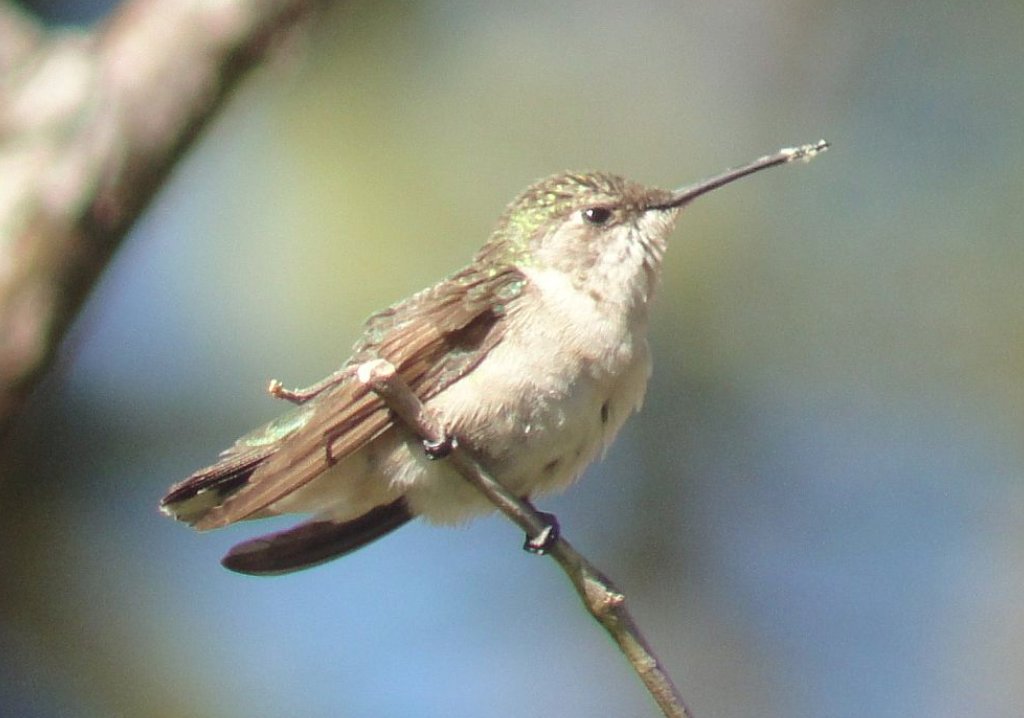 If you are a birder from North America and think you see a Ruby-throated Hummingbird, you probably have seen one. This migratory species is a common winter resident at the hotel and can be seen anywhere on the property. Watch for a small hummingbird with pale underparts and a small pale mark just behind the eye. 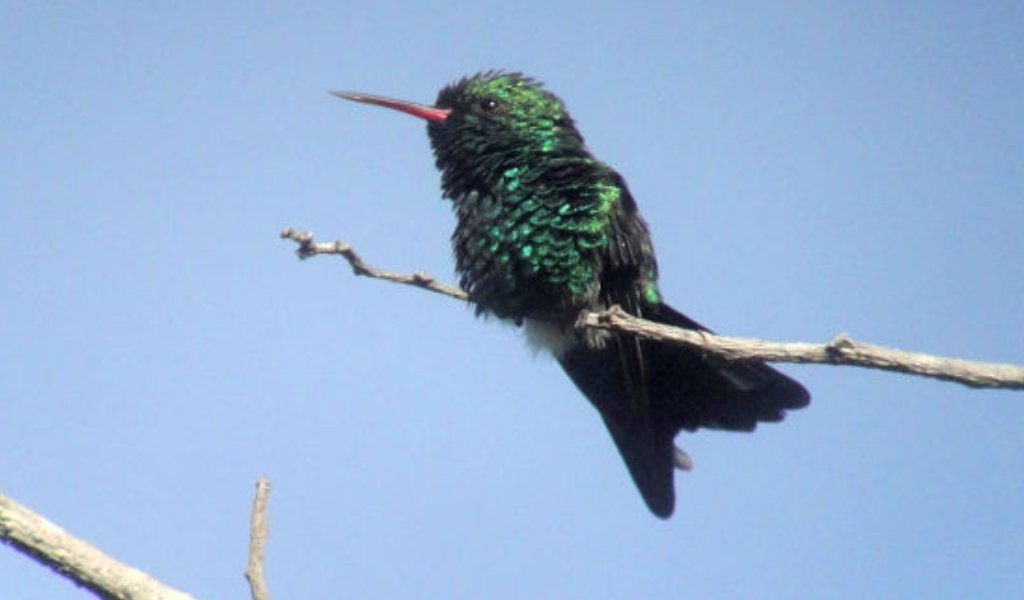 One of the less common hummingbirds at Villa San Ignacio, this small, dry forest species can appear at any flowering trees or bush. It is more frequent in wooded areas of the trails. Since it gets chased by other hummingbirds, it also tends to be more flighty and shy. The male is bright green, including on the lower back, and has a black, forked tail. The female is pale below and has a white line behind the eye. 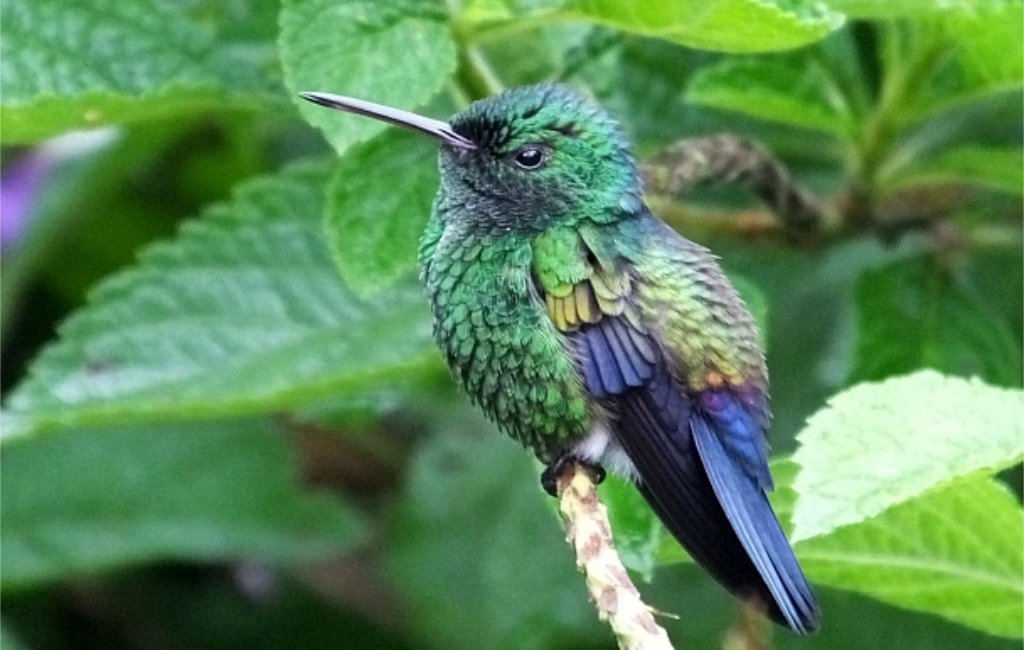 This is one of several species only found in Costa Rica and either Nicaragua or Panama. Male and females look alike and are small, green hummingbirds with dark-blackish blue tails and with some brown on the lower back. They can forage at any flowers on the hotel grounds but are especially common in bushes with small red flowers near the reception. 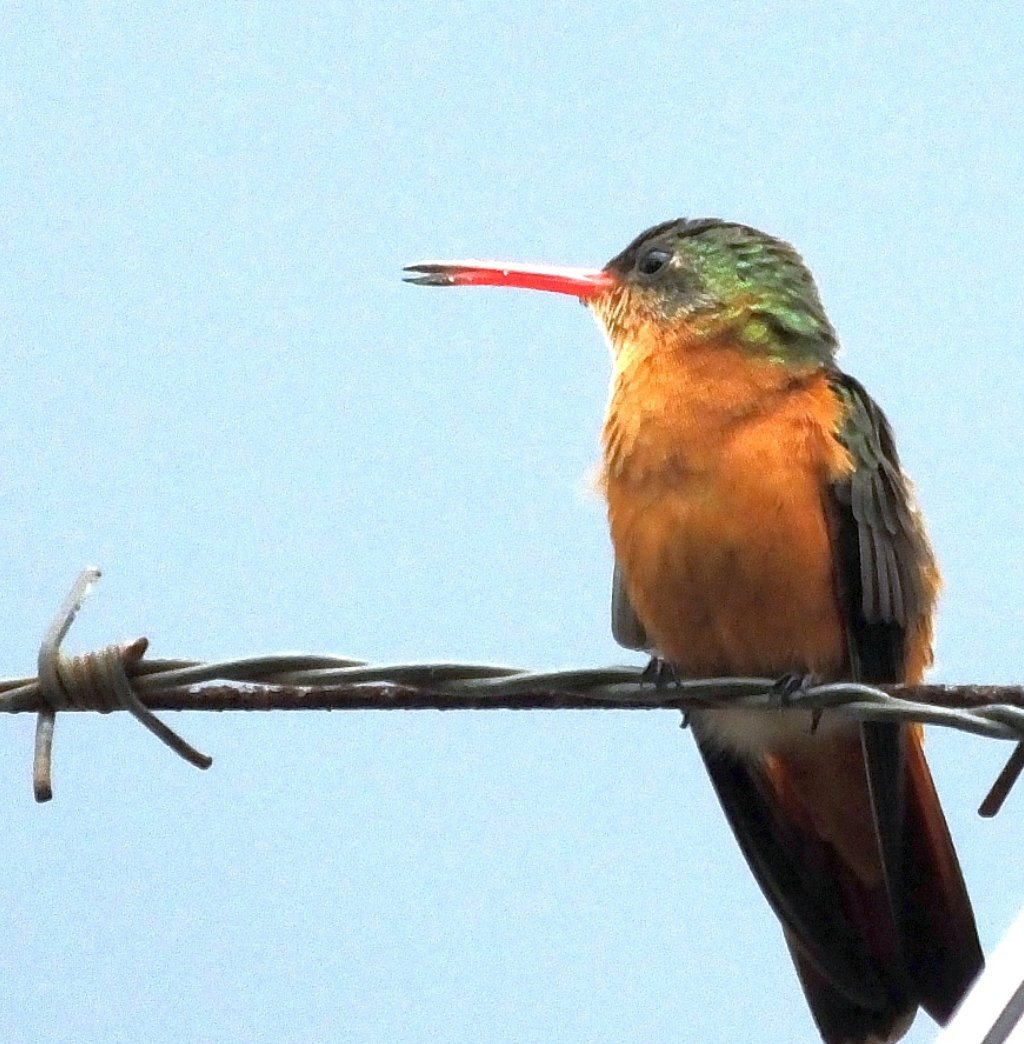 Another tropical dry forest species, the Cinnamon Hummingbird is recognized by its orange-buff underparts. It can appear anywhere on the property but may be more frequent around the reception area. 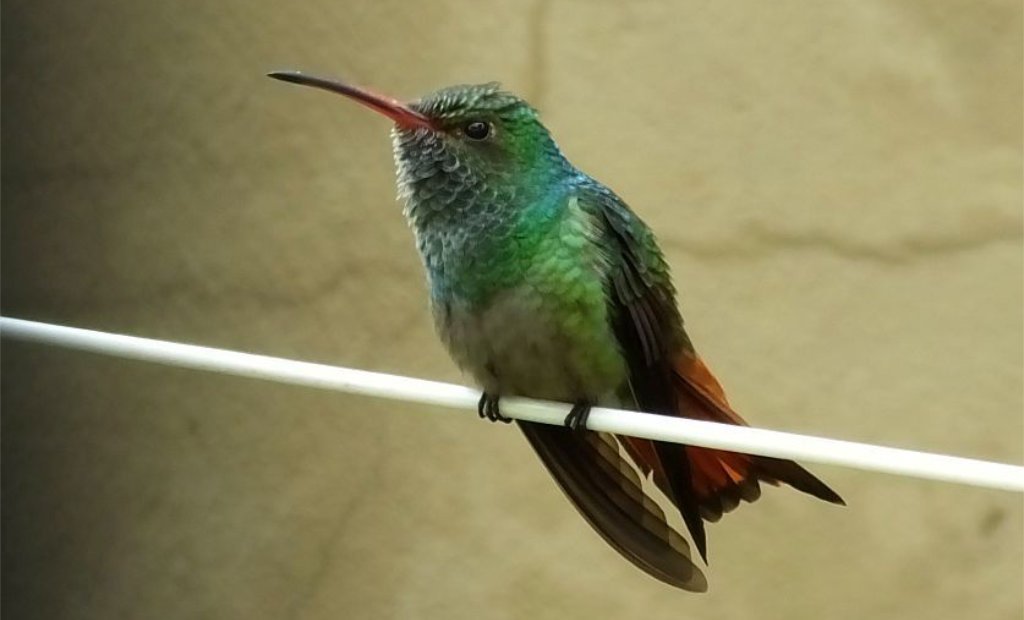 In many parts of Costa Rica, this is the de-facto hummingbird species. It’s a good one to learn because it will probably be the one you see the most. At Villa San Ignacio, it can occur anywhere and is frequently seen. 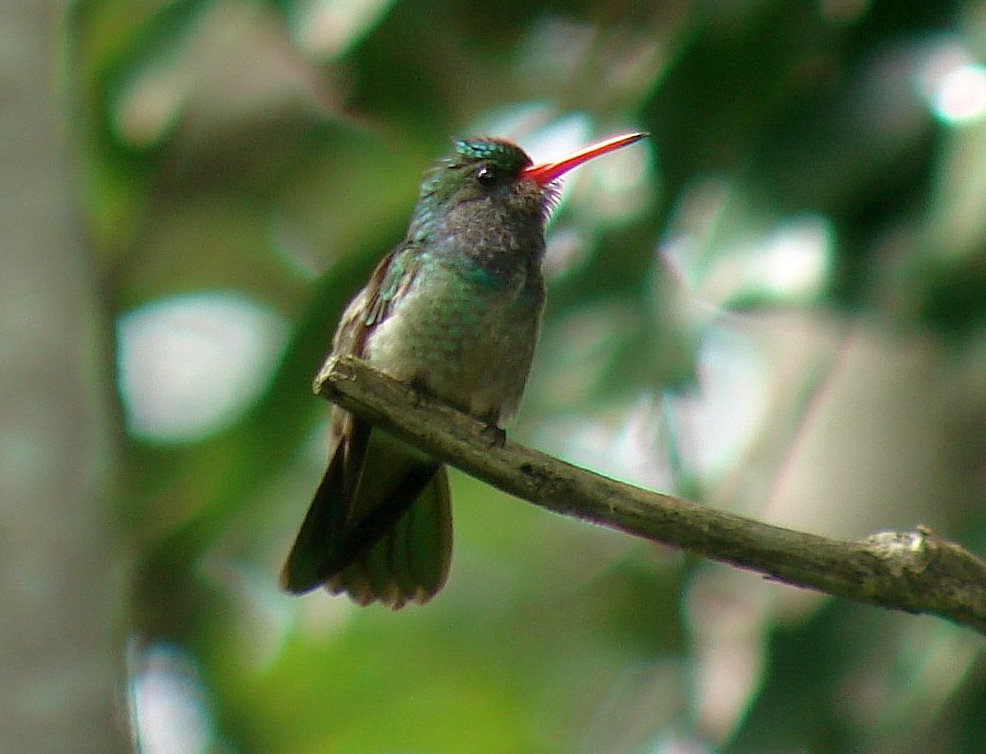 This woodland species is uncommon at Villa San Ignacio but does occur. Watch for it on wooded sections of the trails, especially at flowering trees. Both the male and female can be identified by their bright red beaks and dull golden tails. Males often call from a high perch, knowing their song is the easiest way to find them.

These are the most frequent and expected hummingbirds of Villa San Ignacio but a few other species could also make occasional visits. Take a walk in the garden and on the trails and see what you can find! To see additional species of hummingbirds, take a birding day trip to the Poás Volcano area